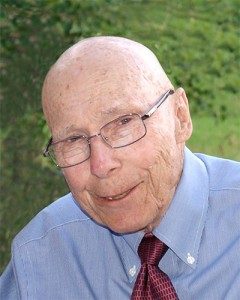 Hôpital Albert Schweitzer Haiti gratefully remembers and celebrates the life of Dr. Warren Berggren, who passed away at home in Colorado on January 30, 2015. He is survived by his wife, Dr. Gretchen Berggren, children Ruth Berggren and Jeannie Tanski, and grandchildren.

Born January 1, 1930 on a farm near Aurora, Nebraska, Dr. Berggren received his MD from the University of Nebraska in 1955 and his PhD from Harvard University’s School of Public Health in 1967. Before coming to Haiti, Warren and Gretchen served as medical missionaries in Congo; from 1967-1972, they lived and worked at Hôpital Albert Schweitzer Haiti. From 1967-1998, Warren served as a faculty member of Harvard’s School of Public Health. He directed Primary Health Care at Save the Children for 10 years. He retained close ties to Haiti throughout his careeer, consulting or working with the Ministries of Health of Haiti and Tunisia, USAID, UNICEF, World Relief, and most recently with the Colorado Haiti Project.

Dr. Berggren’s legacy continues to this day at HAS, nearly 50 years since the Berggrens’ groundbreaking work here in the 1960s and 1970s. Dr. Berggren, in partnership with his wife, Gretchen, launched community health programs at HAS soon after the hospital’s founding by Gwen and Larry Mellon in 1956—and in so doing, changed the way public health is delivered around the world.

“He was an absolute visionary in primary care and pioneer at HAS,” said Dr. Dan Fitzgerald, HAS Board member and Associate Professor of Medicine and Co-Director of the Center for Global Health at Weill Cornell Medical College. “Warren’s impact on HAS and global primary care cannot be overstated.”

The Berggrens “built upon the success of the Mellons and established a groundbreaking community health program,” Dr. Fitzgerald wrote in a recent HAS newsletter. “In a seminal publication in The New England Journal of Medicine, the Berggrens described how basic primary care provided by HAS at the community level decreased child mortality, eliminated tetanus, and improved the health of the population.”

During their time at HAS, Warren and Gretchen Berggren developed innovative, pragmatic protocols that demonstrably helped to eliminate and prevent common causes of death in Haiti at the time: tetanus, malnutrition, and other preventable infectious diseases. They worked closely and collaboratively throughout their long careers, and made an extraordinary team, according to friends and colleagues.

Dr. Renee Bergner, a former colleague and HAS Board member, recalls Dr. Berggren’s passion for his patients and his work, especially in his dedication to tackling high rates of neonatal tetanus, which at the time took a devastating toll on infants and families in the HAS service region.

“Warren was passionate about eliminating tetanus and using public health measures to prevent disease,” said Dr. Bergner. “He did so with the utmost adherence to academic discipline, including careful data collection to track effectiveness and results. Warren was creative in the manner in which he engaged the cooperation of the population and courageous in the face of obstacles.” Dr. Harold May, a former colleague at HAS and now the President of FAMILY, Inc., recalled these remarkable years at HAS: “We could only marvel and applaud as Warren carefully made his assessment and developed his plans for a community-based program.”

Dr. Bergner shared her recollection of the innovative work undertaken by Drs. Berggren and their team at HAS:

The tetanus eradication program began by vaccination teams traveling to markets on Saturday mornings and immunizing pregnant women on the spot, which protected their newborn babies from neonatal tetanus. Subsequently, the Berggrens and their health worker teams established a data base for every person in the service area and ensured that every child and every woman of child bearing age was immunized. Eventually nearly all people in the district including males were immunized, so that what used to be a common disease with an approximate 60% mortality rate became rare. When a patient was admitted to the hospital with tetanus, Warren personally tracked the origin of the patient and nearly always found that the person came from outside of the HAS catchment area.

What is now commonly accepted as the gold standard in the world of public health was novel in 1967, when the Berggrens first took on the task of introducing community-based models in central Haiti. In 1968, the Department of Community Health was created, with Drs. Berggren at the forefront of the initiative. Today, the Division of Integrated Community Services at HAS, led by Director Dawn Johnson and Community Health Medical Director Dr. Edwidge Pierre, carries on the work that was begun so many decades ago. A primary focus of the division remains collaborating with communities to save and improve the lives of infants, children and mothers through vaccinations, malnutrition screenings, prenatal and antenatal care, and other primary healthcare.

Ms. Johnson pointed out that the Berggren name very much lives on in the area in which HAS is located. “Many people in Deschapelles still refer to the HAS Integrated Community Services building as ‘Kay Berggren,’ because of their great influence in setting up the community health system here,” she noted.

The impact of Dr. Warren Berggren’s life’s work extends far beyond the area served by HAS. Dr. Henry B. Perry, former CEO of HAS and now a Senior Scientist in the Department of International Health of the Bloomberg School of Public Health at Johns Hopkins University, noted that the Berggrens’ efforts in later decades has also had global impact.  “In the 1980s and 1990s, the Berggrens used their Haiti experience to initiate the now world-famous child survival programs of Save the Children in many countries around the world,” he said. “These programs have influenced the creation of similar local programs that have saved the lives of hundreds of thousands, if not millions, of children since the Berggrens initiated their work in Haiti in 1967, almost a half-century ago.”

Dr. Jean William Pape, director and founder of the GHESKIO (Haitian Study Group on Kaposi Sarcoma and Opportunistic Infections) Centers in Haiti, and a Professor of Medicine at Weill Cornell Medical College of Cornell, also noted the Berggrens’ influence on generations of healthcare providers and public health workers in Haiti:

Warren Berggren is remembered fondly as a dear friend, mentor, and guide to countless students and friends over the decades. Dr. Pape praised Warren and his wife for their commitment to sharing their knowledge and experience.  “Indeed their strengths go much beyond their public health expertise to their incredible passion and ability to transfer knowledge to others through mentorship, consulting, and partnership,” he said.  “They are the best role model I know of.”

Dr. Bergner also remembered Warren and Gretchen for their warmth and the welcoming atmosphere they helped to create at HAS: “Besides the huge contribution the Berggrens made to the health of the people in the service area and to the effectiveness of HAS, they were wonderful hosts and warm friends to countless colleagues while at HAS.”

The Berggren family remembers Warren for his “warm, gentle presence.” In a family obituary, they wrote, “Warren often proclaimed that there were very few problems in the world that could not be fixed with vanilla ice cream. He enjoyed jazz, loved literature and often quoted Shakespeare. On his 85th birthday he urged us all to ‘achieve well your vision.’”

On behalf of the entire HAS family, we extend our deepest sympathies to the Berggren family. We have indeed been fortunate to have been touched so profoundly by the life and work of Dr. Warren Berggren, who embodied ideals of respect, equity, and compassion for all people. Through his work as a physician, researcher, and teacher, Warren not only “achieved well” his vision for a more just world—but changed the very face of the field to which he and his wife were so dedicated.

“They took the mantra of ‘primary health for all’ and put it into action,” said Dr. Fitzgerald. “The public health world is still trying to catch up.”

The Berggren family would gratefully accept memories and stories about their beloved Warren, in advance of a memorial service planned for early June 2015 in Colorado. Please send your remembrance to Katherine Matson at katherine @ hashaiti.org and it will be shared with the family.

The Berggren family has requested that in lieu of flowers, donations may be made in Dr. Warren Berggren’s memory to Hôpital Albert Schweitzer Haiti at www.hashaiti.org or to Katherine Matson’s attention in the HAS Haiti U.S. Administration Office, 2840 Liberty Avenue, Suite 201, Pittsburgh, PA  15222.

Condolence cards may be sent to Dr. Gretchen Berggren at: 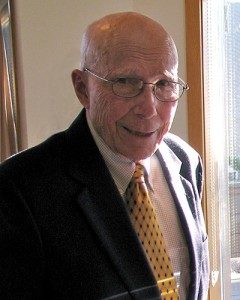 CORE Group, a consortium of partners dedicated to improving maternal and child health worldwide, released the statement below:

Dr. Warren Berggren, a recipient of the CORE Group Dory Storms Award, http://www.coregroup.org/our-network/dory-storms-award-winners/338-dr-gretchen-a-warren-berggren-2004, passed on January 31, 2015 from a subdural hematoma at his home in Golden, CO. He is survived by his wife, Dr. Gretchen Berggren and other family.

Warren and Gretchen worked as a team for over five decades to improve the health of children across low and middle income countries. They successfully combined academic appointments at Harvard with work for UNICEF, Save the Children, World Relief and Hospital Albert Schweitzer in Deschapelles, Haiti. They never lost their commitment to serving the less fortunate, and continued to bring their skills to the remotest of populations while mentoring and training countless NGOs, students and public health practitioners along the way.

Drs. Gretchen and Warren Berggren met at the University of Nebraska Medical School in the 1950s. They both chose careers as medical missionaries in Africa where they became proponents of the value of “preventive medicine” before marrying in 1959. In the 1960s the Berggrens studied and worked at the Harvard School of Public Health before taking positions with Albert Schweitzer Hospital in Haiti. During their first five-year tenure in Haiti, the Berggrens initiated the “Nutritional Foyer” program to train mothers in the use of local foods to correct dietary deficiencies. These early experiments in community-based appreciative public health methodologies eventually led to the “Positive Deviance / Hearth” approach well known to CORE members. Dr. Warren Berggren was responsible for the start-up and documentation of the World Relief Bangladesh PD/Hearth program, while Dr. Gretchen Berggren supervised the development of the Save the Children Vietnam PD/Hearth program. Successful documentation of these nutritional programs in Bangladesh, Vietnam and Haiti provided the experienced-based data needed to further develop and scale-up the approach. Both Berggrens trained numerous NGOs in this approach.

The Berggrens, participants at the Alma Ata Conference that established Primary Health Care for All and opened the way for the USAID Child Survival Grants Program, led and developed Save the Children’s child survival program for ten years, and then led World Relief’s child survival program. During this time, they continued to teach at Harvard and later at Tulane keeping the PVO community of the latest technical developments while turning their academic knowledge into practical advice for PVO public health programming. Much of their advice still guides our work today: the importance of getting out to the people themselves, the power of using local data for decision making, the importance of ensuring every individual counts and is registered in the health system, and the importance of focusing on better nutrition as a key intervention for malnourished children.

The Berggrens are recipients of numerous awards including a Presidential citation from Bill Clinton; the Donald McKay Medal of the American Society of Tropical Medicine; the International Health Award from Mother Theresa; and the HSPH Alumni Award of Merit from Harvard University. They are proud grandparents, yet continued to travel and to teach and to mentor new public health practitioners. Warren touched the lives of many of us and was a champion in the primary health care movement.