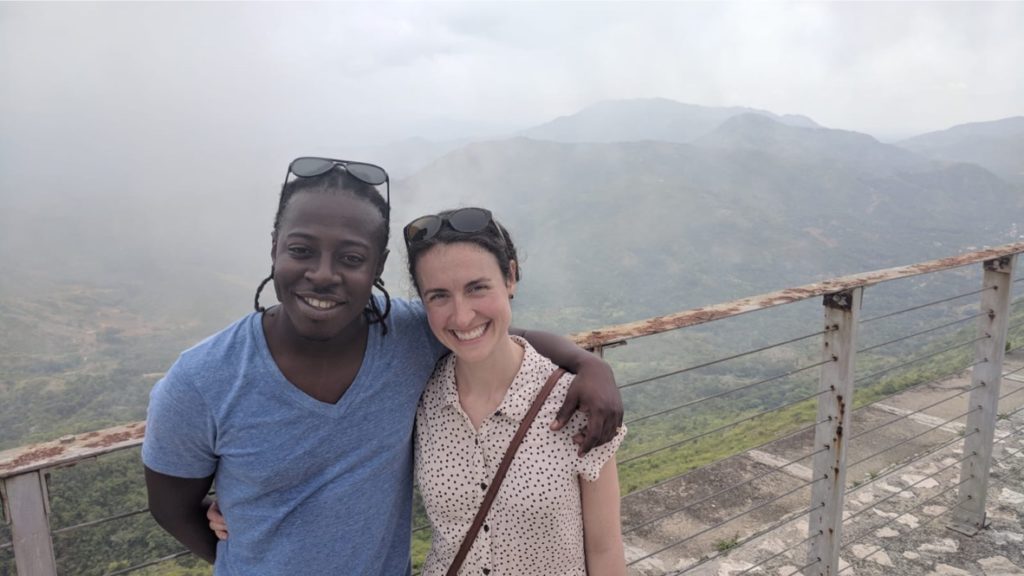 In the spirit of Valentine’s Day, we’re featuring stories of couples who met and fell in love at Hôpital Albert Schweitzer Haiti. First in our series is Adriana and Yvener.

A lot had to happen for Adriana and Yvener to meet. Adriana is from Columbus, Ohio; Yvener is from Port-au-Prince, Haiti. Yet they both found themselves in Deschapelles, Haiti, working for Hôpital Albert Schweitzer Haiti at the same time. They met in 2013, when Adriana was relatively new to the organization and to the country, learning Creole and trying to figure out how things worked in this place that was so new to her. She was the Coordinator, Monitoring & Evaluation at the time (and was later promoted to take on additional responsibilities as Manager, Strategic Programs & Global Affairs). Yvener was the Coordinator of Patient Care of the Prosthetics and Orthotics Clinic. The first time they really talked, Yvener helped Adriana solve a work problem that she was facing using his Haitian savvy to navigate the system. From that moment, they found that they had a lot in common despite all the odds and the different countries in which they were raised, and they wanted to get to know each other. 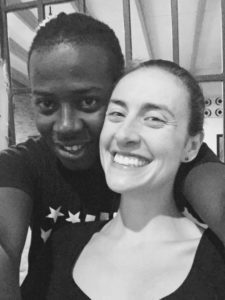 Over the next couple of years, they saw each other often in and out of work, went on adventures, and fell more and more in love. Yvener, whose English was already perfect thanks to years of attending an American school as a child, showed Adriana more of Haiti and taught her how to improve her Creole to sound (almost) like a native speaker. In 2015, Yvener proposed and Adriana happily accepted. Soon thereafter, Adriana was offered a fantastic job opportunity at Children’s Hospital of Philadelphia, and they were faced with a decision: would Yvener move from Haiti, his home country with all of his family and friends, to be with Adriana? In his usual supportive way, he signed up without hesitation, and they prepared and submitted their application for a fiancé visa for Yvener to come to the United States. It was approved, and later that year, they moved to Philadelphia.

Both had to adjust to life in the United States: Adriana to reacclimate to her home country and get to know a new city, and Yvener to learn to navigate the United States for the first time with its fast-paced culture and the changing seasons in Philadelphia. They got married in Ohio soon thereafter and applied for Yvener’s green card, which took a year and a half to be approved (Yvener was his typical, patient and understanding self throughout this process). Now both are busy. Adriana is still with her job at Children’s Hospital of Philadelphia managing a pediatric health partnership in the Dominican Republic and using her Spanish and experience on the island of Hispaniola on a daily basis. Yvener is in school full time at Community College of Philadelphia pursuing his dream of obtaining a business degree, and working part time at a consignment store.

The road to finding each other and building a life together may not have been smooth (is it ever?!), but they are thankful every day for having met through their first jobs. Truly, the odds were against them meeting each other, but they both were in the right place at the right time. They are looking forward to continuing to develop as a couple, in their professions, and as people dedicated to making Haiti a better place just like the organization that brought them together.