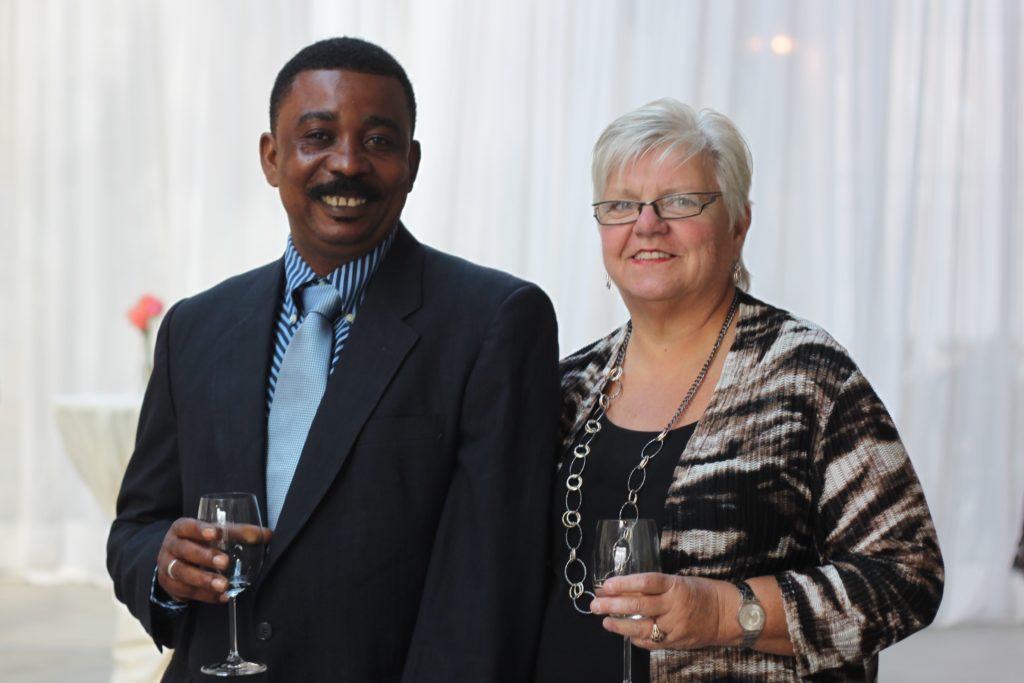 In the spirit of Valentine’s Day, we’re featuring stories of couples who met and fell in love at Hôpital Albert Schweitzer Haiti. Second in our series is Debbie and Wilner.

When Debbie Berquist talks about Wilner, her late husband of 14 years, she says wistfully, “Wilner was a gentle soul and had a great smile. He related well to the people he was working with and had a big heart for helping people in the remote areas, where he worked.”

Debbie and Wilner met at HAS about 30 years ago. A native Canadian, Debbie came to work at HAS in 1989. She started out in the Nursing department but carried out various other duties during her tenure at HAS.  Wilner worked in community health. Although the two met through a mutual friend, it would be several years before a romance ever blossomed. Not until she came back to work at HAS for a second time did their love story begin to unfold.

Mrs. Mellon was a mentor for Debbie and very supportive of the couple’s relationship. “Before we were ever thinking of getting married, Mrs. Mellon graciously offered to host our wedding and reception at Kay Mellon.” When they eventually took Mrs. Mellon up on her offer, Debbie recalls a letter she received from her – while they were both on separate vacations – describing where she stored some speciallinens in case Debbie would like to use them for the festivities.

In 2000, Debbie and Wilner celebrated their wedding with the ceremony and a small reception at Mrs. Mellon’s house. A larger reception was held that night at a friend’s house – their most memorable wedding gift was a goat! Friends and family who were visiting from Canada joined them on their honeymoon at a beach club and in Port-au-Prince for a couple days.

“I never imagined my life would take such a turn and I would end up living in Haiti. That was a big joy for me.”