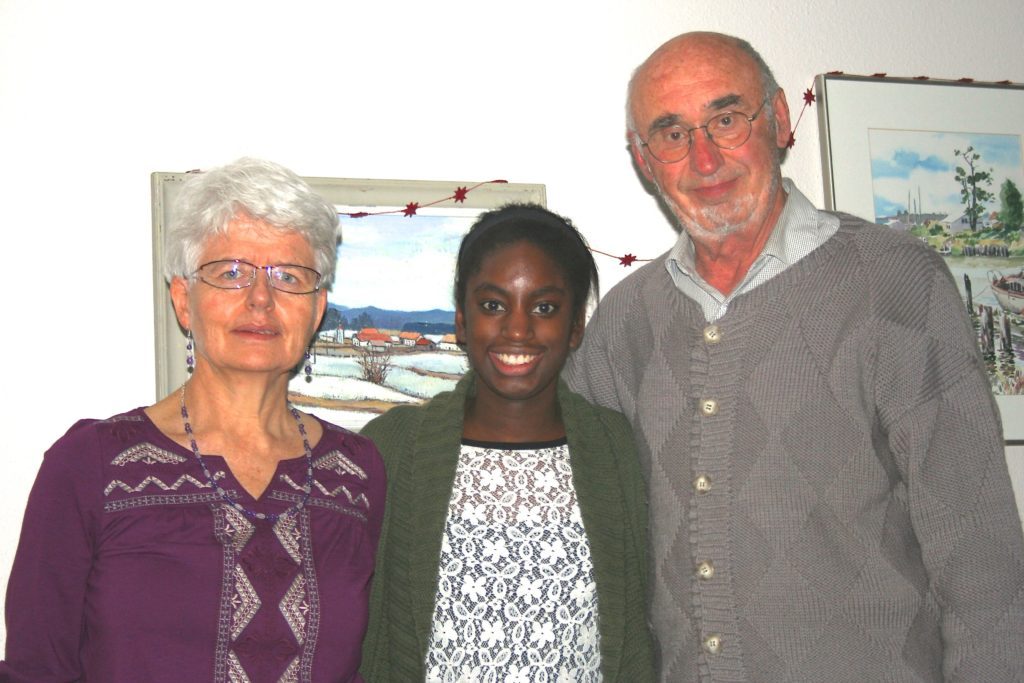 In the spirit of Valentine’s Day, we’re featuring stories of couples who met and fell in love at Hôpital Albert Schweitzer Haiti. Third in our series is Dr. Jim Fett, Therese and Christine Sprunger.

Dr. Jim Fett came to HAS in the mid-1980s as the medical director for the hospital. He had previously spent time in the Congo working with rural populations treating what was then known only as heart failure in post-partum women. Though he would only be HAS’ Medical Director for two years, the hospital, its patients, and the Deschapelles community left an indelible mark, including the need to research peripartum cardiomyopathy (PPCM) or pregnancy-associated heart failure in Haiti.

In the late 1980s, Jim returned to Deschapelles as a volunteer, and began working alongside Therese Sprunger, a volunteer nurse from Switzerland at HAS for a few years. Therese had, when Jim arrived in Haiti, just adopted a baby. Therese had admitted a woman to the hospital along-with her one-month-old daughter who weighed just 3.5 pounds. Before the woman died of PPCM, she pleaded with Therese to adopt her daughter and take care of her. Therese said, “I’ll do the best I can.” The baby did not yet have a name, so Therese named her Christine, and they became a family, finding no one in the biological family who could take care of her. Therese continued to work at HAS and stayed for an extra six months to finalize Christine’s adoption papers.

“By divine providence our paths all crossed and came together in Haiti,” says Jim, reflecting back on the devastating time after he and his three daughters had lost his first wife and their mother to brain cancer. 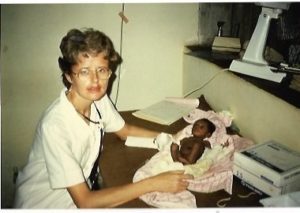 Christine’s journey back to full health is truly an exceptional story. When she arrived in the hospital, Therese had to put an IV in a vein on her head in order to give urgently needed fluids to a dying premie.  Under the constant care of Therese, who administered her feedings and sat up with her at all hours of the night, Christine grew strong and healthy. When asked about this, Dr. Fett says fondly “I still show people Christine’s growth charts from that time! They look like the slopes of the Matterhorn.”

Jim and Therese fell in love, and Christine along with them. Jim and Therese were married in Switzerland, with Christine in attendance.  When they arrived in the United States, Christine was given immediate citizenship as the immigration officers “knew there was nobody else, in the whole world, who would care for her.”

At the age of 62 he “retired” and chose to return to HAS – his experiences treating heart failure in pregnant women had haunted him. He needed to learn more and find the causes and better treatments for PPCM. Throughout his research, Christine and her birth mother have been Dr. Fett’s biggest inspiration along with the hundreds of women he interacts with in a PPCM survivors’ Facebook group. Dr. Fett’s engagement and care for his patients around the world are truly inspirational, as is his tri-continental love story.