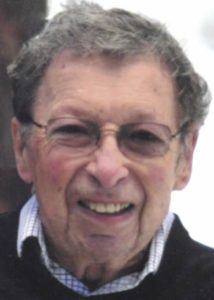 It is with great sadness that we write to inform you that William Dunn, former CEO of HAS and Executive Vice President of the Grant Foundation Board of Directors, passed away last week.  Bill, in partnership with his wife Irene, was a tireless administrator, fundraiser, and friend to Dr. Larry and Mrs. Gwen Grant Mellon, HAS staff and volunteers (both national and international), and the people of Haiti.  Click here to read more about Bill’s life and work. 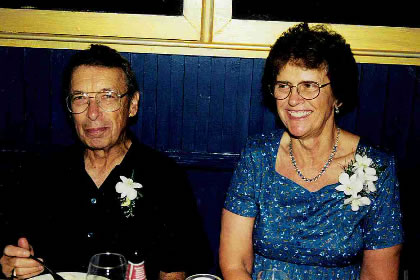 Bill began his association with HAS in the winter of 1973-1974, working closely with Dr. Mellon. Bill then joined the Board of Directors in 1981, and became HAS’ full-time Administrator in 1985. When Dr. Mellon died in 1989, Bill was essential to the hospital’s successful transition in leadership from Dr. to Mrs. Mellon. He and Irene also established HAS’ first Development office, raising needed funds for the hospital and its community outreach. In his work, Bill developed what he called the 180˚ Syndrome, which advised managers and administrators in Haiti to turn a full 180˚ away from what they thought they knew–toward a heightened awareness of cultural differences in order to accomplish a goal. Even though Bill “retired” in 2000, he continued to serve on the Board of Directors and remain a strong advocate for the people of Haiti.

Bill’s impact on HAS cannot be measured in words. We are grateful to have had him as a supporter, and known him as a friend.

Content for the above was provided by the article “End of an Era: Farewell to Bill and Irene Dunn” by Patti Marxsen Sides, June 2000.