“In school they call it the age of exploration, the search for territories and islands that would send Europeans all around the world. In reality it was, to no small degree, a hunt for fields where sugarcane would prosper.” –Rich Cohen, “Sugar Love” for National Geographic Magazine, August 2013

Hôpital Albert Schweitzer Haiti’s first-ever “5K Rum” fundraiser on Thursday, September 11, 2014 will be a fun and festive way to gather in support of a cause we take very seriously—improving the health and wellbeing of the people of the Lower Artibonite Valley, and operating as a crucial health resource for all of Haiti. The event, which aims to raise $5,000 in support of lifesaving health care at HAS, will allow Pittsburghers to imbibe classic rum punch, rum from local distillery Maggie’s Farm Rum, and the famous aged Rhum Barbancourt from Haiti. 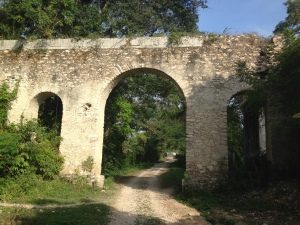 But what does rum have to do with HAS Haiti? From Christopher Columbus onward, the history of Haiti has been linked to the fortunes of sugar and its most famous byproduct, rum. During France’s centuries as the wealthiest and most powerful country in the world, Haiti was its most profitable colony, the “jewel in the crown”—due largely to the sugarcane that thrived there. During the 1700s, slaves from West Africa cultivated and milled sugarcane in the Artibonite River Valley, some on a plantation established by the de Chapelle family. Harvesting and processing sugarcane was grueling and dangerous work, and after the years of the Haitian Revolution and independence in 1804, the Deschapelles sugar plantation was abandoned. Today, Deschapelles is known as the location of Hôpital Albert Schweitzer Haiti, and rice and other food staples have become more important crops for the area’s many subsistence farmers. The old stone aqueduct that still stands near HAS is among the few reminders of the colonial sugar plantation.

Before the United States’ own War of Independence, rum was “king” in the colonies, and distilleries throughout America turned Caribbean molasses into rum. Prohibition in 1920 put an end to all but a few. Maggie’s Farm Rum in Pittsburgh, where HAS Haiti’s U.S. office is located, recently became the first commercial, craft rum distillery operating in Pennsylvania since at least Prohibition. Maggie’s Farm’s method of using turbinado sugar helps their rum approximate the taste of “rhum agricole,” or rum made from fresh sugarcane juice instead of molasses—the method still favored by rum makers in French-speaking Caribbean islands, including Haiti. 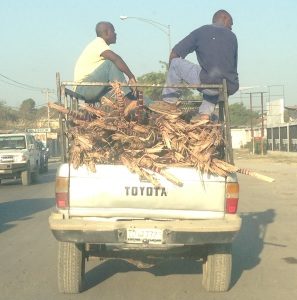 Our “5K Rum” will raise funds, friends, and glasses in support of HAS in Pittsburgh, not far from our founder Dr. Larry Mellon’s birthplace. Though rum is indeed part of Haiti’s troubled past, this event is one of hope and fun, a way to celebrate our doctors, staff, volunteers, and, most especially, the patients and families we serve. If you’d like to attend or support this event, please click here for more information.