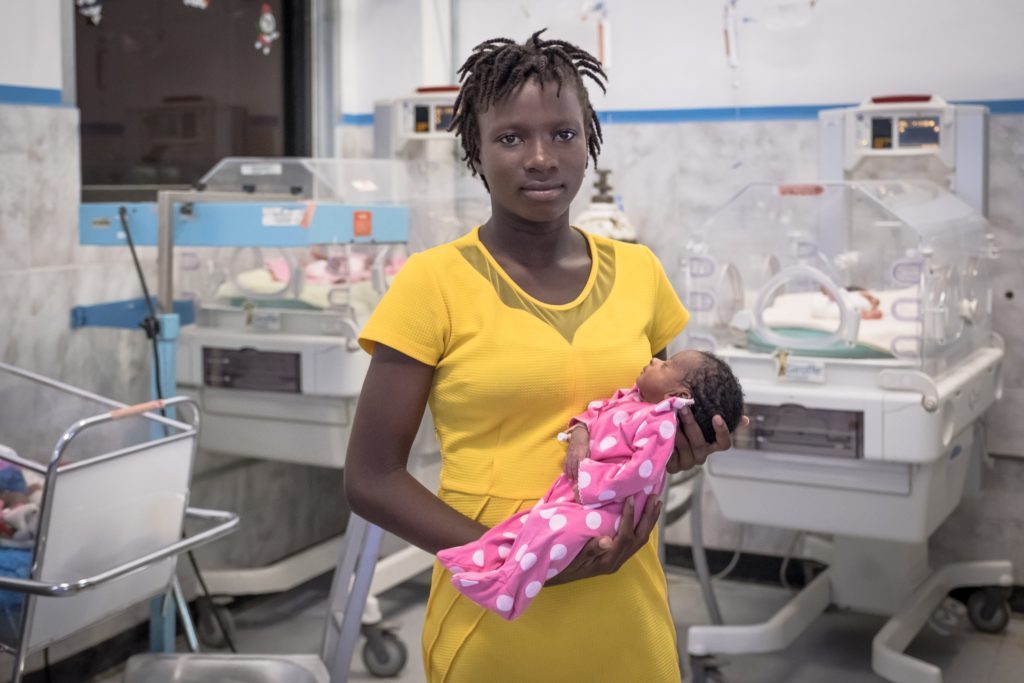 We had the opportunity to chat with Dr. James Fett, who started the HAS Peripartum Cardiomyopathy (PPCM) program. The world would not know as much about PPCM without Dr. Fett’s hard work or our hospital and patients – which played a critical role in the research and eventual treatment of PPCM today.

PPCM is a dangerous heart condition which weakens the heart muscles and causes the heart to fail. Affecting women during and immediately following their pregnancies, it is much more prevalent in women of African descent and very prevalent in Haitian women, affecting an estimated 1 in 300-350 pregnancies.

PPCM Research at HAS

Dr. Fett first arrived in HAS in the early 1980s, after having worked as a physician in many places including the Congo. While in the Congo, Dr. Fett treated many women who had heart problems during and after their pregnancies, while he was unable to diagnose it in the moment, in hindsight, he has no doubt that these women suffered from PPCM. Following his retirement from Indian Health Service in 1997, Dr. Fett led research efforts on PPCM, returning to HAS every three months over 6 years, taking blood samples, echo reports and epidemiological data back to partners at Emory University. This study was the longest-running of its kind and helped to spur a flurry of research in the US and Canada, including the creation of a network of more than 30 medical centers involving 170 cardiologists (led by Cardiologist Dennis McNamara at the University of Pittsburgh Medical Center).

Some of the limitations of the PPCM program as it currently stands are the fact that pharmaceutical interventions are costly and difficult to procure in Haiti. Additionally, vitamin deficiencies, (especially of zinc) caused by inconsistent access to nutritious food, weaken the immune system and make Haitian women more susceptible than they otherwise would have been. However, with HAS’s program, the mortality rate of PPCM in the Artibonite Valley has gone down drastically due to the consistent availability of medical treatment and funding from many generous donors which allows us to provide medicines and consultations.

When asked what the success of the PPCM program has to teach us, Dr. Fett said:

You must identify a problem that exists—a really big problem in people’s health and life. Persistence pays off, just like Larry Mellon persisted in serving people, which paid off in terms of benefits of the people in the district. Focus on the solutions you want to find and just keep at it. I know that if I and others—such as Dr. Len Christie, Cardiologist from Oregon Health Sciences University; and Dr. Bob Carraway, HAS Internist, Cardiologist and Medical Director– would not have gone back every three months for 6 years, or stayed long-term–we might never have understood the depth of the PPCM problem and wouldn’t have found the kinds of interventions that make sense for HAS in context.

Help us continue our research and treatment of PPCM. Please consider a contribution to the PPCM Endowed Fund today. Contact Miriam Perez-Putnam, Donor Coordinator, at miriam@hashaiti.org